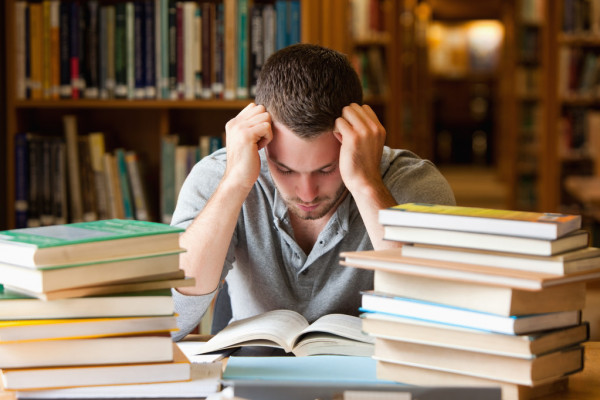 “I’m sorry I’m not Ruby Granger”: the problem with ‘studytube’

“15 Hour study with me” and “my 5am School morning routine” are just two of the many videos released to Youtube’s ‘studytube’ community by two of its most popular personalities- Ruby Granger and Unjadedjade.

These content creators perpetuate an image of the ‘perfect student’, who rises early and works tirelessly to achieve A*s and a place at a ‘good’ university.  These vlogs are uploaded with the intent of being inspirational and providing advice on how to be productive. However, behind these pastel highlighters, flashcards, and perfectly posed instagram pics lurks a dark side. These creators push the idea that one must work insane hours in order to achieve these accolades, and if one cannot achieve these brilliant grades they are somehow broken.

Ruby Granger faced criticism on her video reacting to her first university grade where she shed tears over a high 2:2. She states that she ‘did so badly’ and the essay was a ‘complete waste of time’. This indicates and normalises extreme perfectionism and a belief that high grades are expected even when it’s a student’s first attempt at a university essay.

There is also the often unacknowledged fact that these students often come from positions of extreme privilege. The majority of them attend fee paying, single sex or selective schools. Many of them have faced criticism for skirting around discussing their class privilege and the advantages their schooling may have given them. These schools offer dramatically different environments and resources to ordinary state schools. Study-tubers are also predominantly white, from the home counties and upper middle class. This privilege is rarely acknowledged and often leads to unfair comparisons.

These study habits become dangerous on occasion, with a risk of burnout and distress. The ‘model student’ breaking down in tears after an exam, which is later revealed to have been a stellar performance, is slowly becoming a tired trope. There are vlogs showing pupils studying on Christmas or after bouts of insomnia. It seems ‘taking a break’ is discouraged.

There is often a disclaimer that this is not how these individuals work on a day to day basis, but when videos showing 10+ hour days of studying are uploaded so frequently, students begin to see this as normal  and work the same amount. These videos aren’t only watched by A-Level and university students but younger children. These children idolise these creators as role models and push themselves into extreme perfectionism.

Students are left feeling downhearted when they cannot achieve the same levels of productivity. The Tab jokes that “the long and short of it is she [Ruby Granger] does more work than you”. Although this was likely in jest, it is indicative of the grossly competitive nature of the studytube/studygram community.