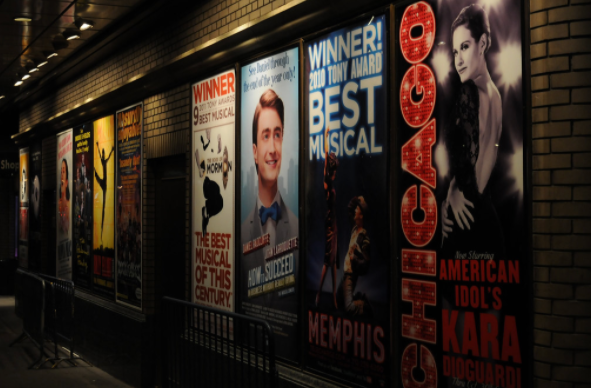 Take me or leave me – the changing opinions of musical theatre

Since a young age, music and musical theatre has been a pivotal part of my upbringing. Aside from seeing numerous productions, I have had the privilege of performing in, accompanying, and directing musicals throughout my time at school. However, for a while, musical theatre wasn’t necessarily deemed as a particularly ‘cool’ part of popular culture. But, have we reached a turning point?

In an article written for the Theatre Journal,  it was proposed that “musical theatre was one of the most important popular cultures of the late-nineteenth and early twentieth centuries”, particularly in the USA – perhaps due to the wide breadth of musical theatre producers being presented. Sondheim, Bernstein, and Gershwin were all American “greats” of the 20th century, creating various showstopping musicals between them, such as Sweeney Todd, West Side Story and An American in Paris.

So, it was never really clear why there was suddenly a hatred, or snobbery towards musical theatre. As a generation who grew up on the High School Musical trilogy, musicals soon involved numerous stereotypes. Boys who liked theatre often wouldn’t tell their friends for fear of being called ‘gay’, and the girls involved were either ‘nerds’ or ‘attention-seeking’.

But even those opinions changed whilst I was at school. The boys who wouldn’t be seen in a musical at the age of 12, were leaping at the opportunity to play frat boys in our sixth form production of Legally Blonde. Their favourite number, was ‘Gay or European’, which allowed them to embrace their flamboyant side and flaunt it around the stage.

As well as observing a changing attitude as we have matured, the rise in popularity can also be seen as influenced by the emergence of new musical voices. Jonathan Larson, Lin Manuel Miranda and Elton John cannot be knocked for their inspiration on a new generation of musical lovers.

Explored in the 2021 Netflix adaptation of Tick, Tick…Boom!, written by Larson and directed by Miranda, is the story of Larson’s own life and failures, before his death and hit musical RENT, which ran for 12 consecutive years on Broadway and made $280 million.

Miranda himself has contributed to the impressive musical canon, with his musicals In The Heights and Hamilton, as well as songs in Disney’s Moana and Encanto. His hip-hop style has opened the door to new fans, as well as ensured diversity on the stage, with the cast of both Hamilton and In The Heights being made up of BAME performers.

Even Elton John has allowed for diverse stories to be told via musical form, with his 2005 adaptation of Billy Elliot for stage. This acted as the pivotal point for many young careers, such as Tom Holland, who went to star as Marvel’s Spider-Man, and Layton Williams, who was the first black Billy Elliot, and became the first black Jamie in Everybody’s Talking About Jamie, now in LA.

As musical theatre evolves, we can see it as attracting different groups of people. With more films being turned into musicals, or the songs of famous singers being used as the soundtracks, you will be hard pressed to find a musical that doesn’t encapsulate your style. In 2016, PLAYBILL suggested that we were in the “platinum age of musical theatre”, an idea which might just be topped in the coming years.