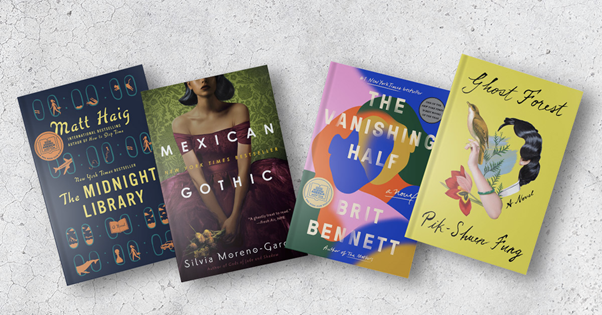 The Brave New World of Cover Design and Audience

We are living in an age of book covers that pander to social media users, viewing their prospective purchases on small smartphone screens. Publishers have to know their particular audience, and their books must be able to catch your eye immediately. But must universal success always come in the form of bold strokes of bright colour and block titles that swallow up the page?

One way publishers attempt to entice you as a reader is by cultural analysis. Covers of books sold in more than one country often differ in an attempt to appeal to their individual market. In a 2016 study investigating brightness, hue, and saturation of book covers from the Amazon Bestsellers list of 13 different countries, significant differences were found. Japan had the least amount of saturation in their book covers, whereas France and India had darker and more saturated colours. The countries that used a greater variety of hue and brightness were the UK and US, the largest publishing industries in the world.

If a publisher understands the fine detail of their audience’s tastes in brightness, hue and saturation, it’s easy to assume that they have their audience down to a tee, though this isn’t the case. Rethinking ‘Diversity’ in Publishing, a study in partnership with Goldsmiths, University of London investigated diversity in trade fiction and the publishing industry in the UK. The first of the study’s main findings was that ‘the core audience for publishers is white and middle class. The whole industry is essentially set up to cater for this one audience’.

The pandemic forced many of us to source our reading material online, and as a result, we pushed past everyone’s favourite idiom, and judged books by their covers. But we still exist in a climate where publishers judge us to make their books as marketable and attractive as possible, a world which preceded the hours of scrolling through Instagram and Tiktok for book recommendations. But their judgement is way out. In the UK and all over the world, there are people of colour who have been waiting long enough to see themselves represented in literature without being altered for white acceptance. A publisher’s idea of who their audience is gatekeeps swathes of individuals that have valuable criticisms and ideas about books, their covers, and the publishing industry as a whole.