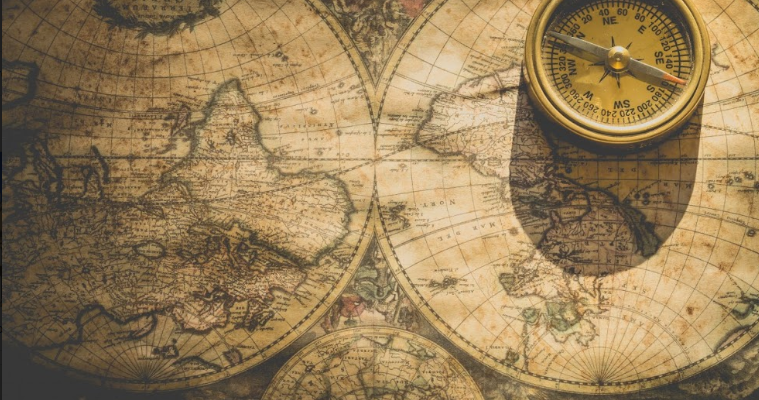 In the era of Amazon, who can resist a text “recommended for you”? But with each *click*,  metadata expands and a cycle of the same books fill our shelves. However, long before Kamila Shamsie’s female-forward challenge to publishers, Ann Morgan uncovered yet another void in our literary marketplace.

In 2011, Morgan discovered her shelves were shaped by geography, not gender – predominately white British and American authors. The realisation sparked her own endeavour – ‘A Year of Reading the World’– but, unlike Shamsie’s publisher-aimed proposal, Morgan sourced fiction herself from 196 countries worldwide. Her global readers   recommend, sourced, translated and even penned texts especially for her journey. Why the enthusiasm? ‘It matters to people that their stories are heard’, she explains in her latest TedTalk, ‘because to read someone’s literature… is to involve them in your conversation.’

In the UK, our conversation is shockingly self-centred: both Literature Across Frontiers (2013) and Nielsen Books (2016) consistently report that under 5% of our published fiction is translated. Across the pond, annual spreadsheets are released by the University of Rochester on their blog, Three Percent, named after their own disappointing figure. But this issue isn’t universal – markets in Germany (12.28%), France (15.9%), Poland (33.19%) and Italy (19.7%) out-publish our efforts dramatically. So who is to blame?

As a monolingual country, paying to even sample foreign manuscripts can be an economic gamble – especially when our nation’s literary heritage is one of our most proudly celebrated achievements. From our royally-approved Poet Laureate to J.K Rowling’s Olympic role, we clearly love our written word – both Jane Austen and her writing desk decorate our currency. From an early age, we are hand-led to exclusively Anglophone literature – in 2013, this stretched to excluding even American classics, like Of Mice and Men, from GCSE syllabuses. With increasing studies showing we emulate what we read, are we being encouraged to uphold an insular mind-set?

Thankfully, if Morgan’s quest highlights  that when there’s an interest, a market can grow. As a nation, we have a hidden appetite for the world beyond our borders, as the few foreign texts that reach the UK reportedly outsell their English counterparts. Rather than a publisher-wide scourge on English fiction, the needed reordering of our bookshelves, and selves, starts with our choices. Metadata is a two-way conversation – our clicks create sales, our sales create trends, and our trends shape publishing. Small, independent presses offer countless translated titles, but finding foreign fiction is even easier than that.

As the  ‘antagonist’ of the marketplace, Amazon sparks constant coverage by literary media, but less-known is the giant’s internal publishing press. AmazonPublishing (US) offers a hidden diamond – AmazonCrossing, dedicated to translated-fiction . Sales from the publishing house frequently get noticed, so shopping for kindle books and requesting translations may be a way to communicate to publishers the want for more translated fiction. Sometimes, it doesn’t even cost a penny.

It’s high-time we stop waiting for a map of global fiction to fall into our lap, and recalibrate our literary compasses, ourselves.