Marinetti’s Metal Book: A Vision of the Future? 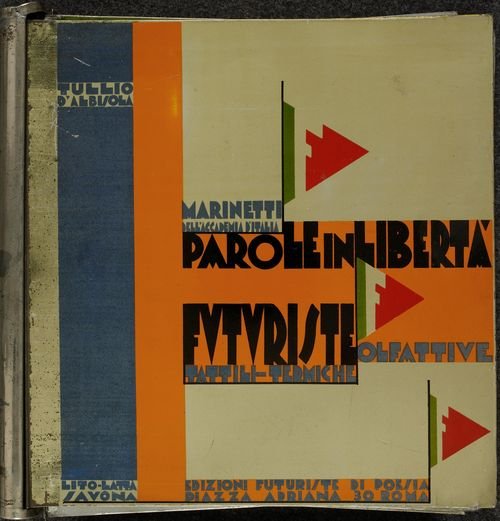 As the title suggests, the tin book is a celebration of the physicality of a text, incorporating aspects of sculpture and fine art into its production. In true Futurist mode, it embraces the harsh, cold metal as a symbol of the inevitability of the triumph of machine over man. Here lies somewhat of a contradiction – the object’s clear Modernist desire to break from traditional media, conflicts with its simultaneous emphasis on physicality, something which, retrospectively, seems a thing of the past.

Marinetti’s ‘utopian’ Futurist vision was of a world dominated by machines. “We declare”, he wrote, “a new beauty, the beauty of speed.” But could Marinetti have foreseen the ‘wonders’ of internet technology, and what would he make of current trends in how we consume literature? 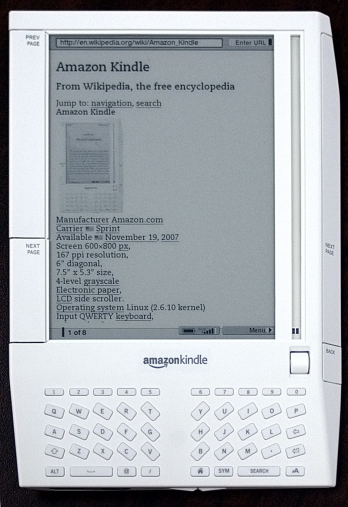 Amazon released their first e-reader in 2007, selling out in under six hours. E-books became widespread by 2010, and by 2011 were outselling paperbacks on Amazon. But there remains demand for print. The last couple of years have seen a decline in e-book sales alongside growth in the print market, a trend The Guardian puts down to younger readers. Whilst practical and portable, e-readers deprive us of a certain reading experience. I am not alone in my scepticism towards e-books. They are uncanny objects, lacking the warmth and ritualistic value of the codex.

Marinetti’s metal book was not a premonition of the e-reader. Rather I see it as a work of art, an object which exemplifies the Futurist and Modernist ethos through experimental media and materials. And yet we do read metal books today, and so Marinetti’s creation seems somehow prescient of the e-reader, and yet also dramatically misses the mark. The seeming absurdity of the metal book is now an accepted reality; Marinetti’s faith in machines is all too real. Alexa, read me a book.

The question in 1932 was how books would evolve, and Marinetti’s response was an artistic one. In 2019, the question is how e-books will change. Is there room, as there was in 1932 for a creative and experimental evolution in how we read, and is the next Marinetti waiting for us just around the corner? Or, perhaps, the Futurist vision has been achieved, and the machine intelligence we have created will itself prove impervious to creativity.

Only time will tell how and why our reading habits will change. In the internet age, we are force-fed bitesize chunks of information through touchscreens. But I have hope that books will survive the paper purge, and that readers will continue to read real books.