“Been there, read that, got the T-shirt” 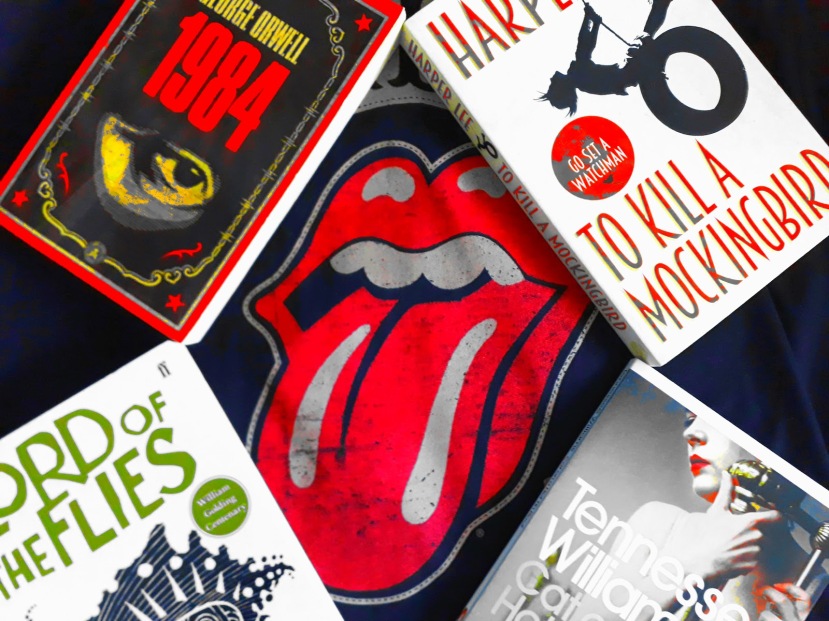 As a rule within modern popular culture, if you identify as a fan of a particular music artist, that earns you the right to wear their T-shirt proudly.  Most artists begin creating merchandise, specifically T-shirts, as soon as they begin releasing music. The band T-shirt is a piece of identification with a group, an outward display of fandom, and this has been the case for decades.

But can we relate this to books?

Music and literature are similar art forms; they feature the connection of words to a story or emotional development, with reading a book having the same experiential value as going to a concert or listening to an album. You can identify as a dedicated fan of a book or an author in the same way that you can be a fan of a band or singer. The literary T-shirt should therefore be awarded the same cultural weight as the band T-shirt; a powerful symbol of connection and identification.

In recent years, literary merchandise has become an increasingly prevalent section of the gifting market. Dani Hall founded the Literary Gift Company in 2009, a website dedicated to selling literary merchandise both created in house and by other companies, followed by the formation of the Literary Emporium in 2012 by Rio Brown, described as an “independent brand creating gifts for book lovers”. Evidently showing literature on your person is a growing trend, as more and more people are seen with tote bags and mugs featuring their favourite titles or author quotes.

Taking the Literary Gift Company as an example, the T-shirt section is interestingly less diverse in specific authors and titles than say, its tote bags. Only a handful of titles feature on T-shirts, including big-hitters like Jane Austen’s Emma and Douglas Adams’ The Hitchhiker’s Guide to the Galaxy. Why hasn’t literary variety reached the T-shirt?

Additionally, this title-and-author format begs the question: is it more important to show the title of the book you are a fan of, or display an obscure quote or image that only you and other readers would recognise?

On the whole, band T-shirts display the name, logo or something immediately recognisable, so you can be easily identified as a fan when wearing the T-shirt, even by people who aren’t fans themselves. Even the Rolling Stones though, one of the most famous branded bands in the world, sell a T-shirt with the phrase “just your fool” on it, which only fans of the band would be able to connect with. The Literary Gift Company and the Literary Emporium do also sell T-shirts with more subtle references to books or authors, and stores like Etsy or RedBubble contain a wealth of specific T-shirts that can be understood by fans only.

Whether T-shirts referencing artists or books are overt or subtle, the practise of wearing them is the same for both: displaying an affection and connection to a piece of artistic entertainment.

Album art or cover art; wear your fandom with pride.