Congratulations World! 2018 is The Year of Diversity.

Starting with the Marvel superhero movie, Black Panther, and the consequent blow up of K-pop and Reggaeton, White Man step aside, the media is becoming inclusive! And then along came Crazy Rich Asians: superficially, the biggest rom-com of the year, but in reality a gross misrepresentation of Asia.

I applaud John M. Chu and Kevin Kwan for creating the first movie to hit the big screen with a predominantly Asian cast. But it does little to express the rich culture and long history of the Asian continent and its 48 countries.

Because who really is featured in the film?

And who is excluded from this groundbreaking movie?

The opening scene was a disappointment in terms of subverting white power. The under-estimated Asian family proves the racist white American wrong through a show of wealth, rather than a battle of strength, wit, or any ability at all. Singapore’s multicultural population is represented through a brief glimpses of street food vendors at hawkers, and the guards and helpers on the Young’s property.

Black Panther has integrated itself into the Marvel Universe. It brought forth an audience that is open to depictions of African-Americans and African history outside of tropes and caricatures. I am furious that we Asians have found ourselves forced to unite our continent under the banner of the airport novel and cheap rom-com, and be solely associated with the words “Crazy” and “Rich”.

The movie came out under the pretence of diversity, but quickly revealed itself as an unjust, unqualified voice for the misrepresented Asian community. It is subpar in its understanding of the people of Singapore and the role that Asian-immigrants have played outside of the clichés. Ultimately, it is a feel-good movie for the Western World, most strongly indicated by the fact that Crazy Rich Asians is banned in China. 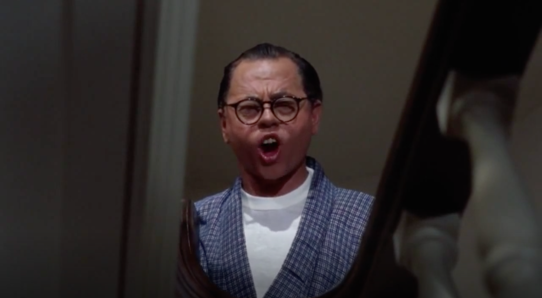 We have not done enough. Chu and Kwan’s characters do as much to break Asian stereotypes as Mr Yunioshi from Breakfast at Tiffany’s.

Congratulations Asia! We have not changed.