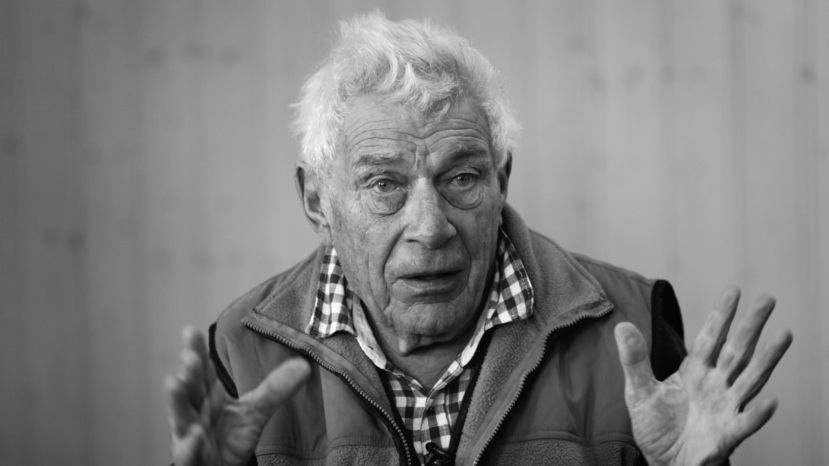 A collection of essays addressed to our post-truth expectations.

John Berger’s last collection of essays was published in October of 2016. The following month the Oxford English Dictionary authorized a newcomer to the political vocabulary and affirmed what had for some time been suspected, that we are now in a ‘post-truth‘ era of public discourse. This is not to say that truth has been obliterated. The phenomenon is linguistic. It means that our use of language has become tribal and our comprehension selective. Belief in incredible statements is tolerated or repudiated inasmuch as those statements confirm or contradict preconceived narratives.

Reading Confabulations again, a year after its first publication; a year of conspiracy theories, straw-men, and caricatures that have formed our expectations of ‘the new normal’; a year that has seen the rise of an ever-expanding body of literature dedicated to clarifying just what is meant when we say ‘post-truth’, Berger’s essays have a fresh pertinence.

Although published in the midst of unfolding circumstances that have since become symbolic of post-truth, Confabulations features no specific critique of political events. In the longest and most discursive essay, ‘Some Notes about Song’, Berger recounts a recent experience of watching one of then president of France Francois Hollande’s press conferences. The purpose of this conference is not relayed. For Berger this detail is, like the president’s rhetoric, “inconsequential”.

“In this Hollande is typical of the period we are living through. Most official discourses and commentaries are dumb concerning what is being lived and imagined by the vast majority of people in their struggle to survive.”

Berger’s criticism identifies Hollande’s political jargon as symptomatic of a fundamental estrangement. His censure is levelled at no one individual or institution, but precisely at the impersonal facelessness of the current predicament.

For the most part, a certain j’accuse! tone has characterised other literary correctives to the post-truth condition. Ali Smith’s recent Goldsmith’s Prize lecture insisted on the urgency of a public discourse regenerated by literary form touting the premise, “The novel matters because Donald Trump.” And then there is Pussy, Howard Jacobson’s satirical take on the Trump presidency published in April, a novel that has all the substance of a hatchet job skit cranked out by the Saturday Night Live writers’ room.

None of the essays in Confabulations here hold a special reverence for literary form. Instead, Berger’s reflections turn on the limitations of prose as a medium for communication.

“Prose, as a form of discourse, depends upon a minimum of established continuities of meaning […] expressed in a shared and descriptive language. And such a shared language exists no more in public discourse. A temporary but historical loss.”

The last essays turn to the pre-verbal for solutions to the present challenges of communication. He reminds us that language’s “home is the inarticulate as well as the articulate” in holding up a signpost to a meeting place less erratic than those founded on political vocabularies.