In Defence of Emojis 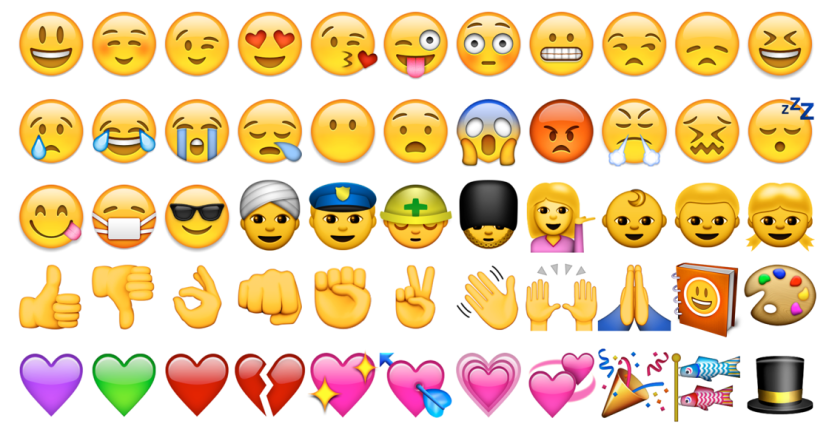 Emojis have irreversibly changed the way we communicate. These tiny symbols have been in existence since 1999 but Apple’s iOS 6 update in 2012 made their popularity soar. In 2015, The Oxford English Dictionary made the “Face with Tears of Joy” (😂) emoji their word of the year and attracted fierce criticism. Nearly two years to the day since this momentous decision, I want to defend emojis. Far from some people’s opinion that emojis are dumbing us down, I counter that emojis are more sophisticated than we may give them credit for.

Linguist Gretchen McCulloch states that emojis are “trying to solve one of the big problems of writing online, which is that you have the words, but you don’t have the tone of voice.” In an age where saying the wrong thing in an Instagram comment can be as damaging as a full-blown face-to-face argument, why take the risk? Half of all Instagram comments contain one or two emojis and it’s easy to see why. Emojis help to elucidate our meaning in seconds, without the need to resort to lengthy, misplaced paragraphs in the middle of a snappy message exchange.

Emojis’ ability to clarify meaning isn’t new information, but how researchers can use this clarification has changed alongside emojis’ growth in popularity. This year, emojis helped MIT produce the website “DeepMoji”, based upon 1.2 billion tweets with emojis. “DeepMoji” was developed to try and understand how we use language to express emotion. With the knowledge that emojis inform us of a certain tweet’s emotional content, MIT researchers were able to study and train their algorithm to recognize sarcasm. The algorithm that had been trained using emojis was better at detecting sarcasm than the algorithm that hadn’t been trained in this way, leading some researchers to suggest that emojis may be able to help machines better understand human emotion – a complex problem for many developers to overcome.

Emojis help both researchers and everyday social network users to better understand emotion online.  More than five billion emojis are sent every single day on Messenger, and the majority of these are ones that convey emotion. Emojis perform the vital task of avoiding emotional disconnection in an online space where this unhappy fate is met too easily. Friends can even attach personal meaning to certain emojis, too, maybe in the form of preserving an inside joke via a simple “ 🐢”.

From helping machines to identify hate speech to letting your friends know that you’re not happy they’ve planned a party when you have a deadline looming, emojis deserve to be applauded, not slated. I’m still waiting on a redhead emoji, though.